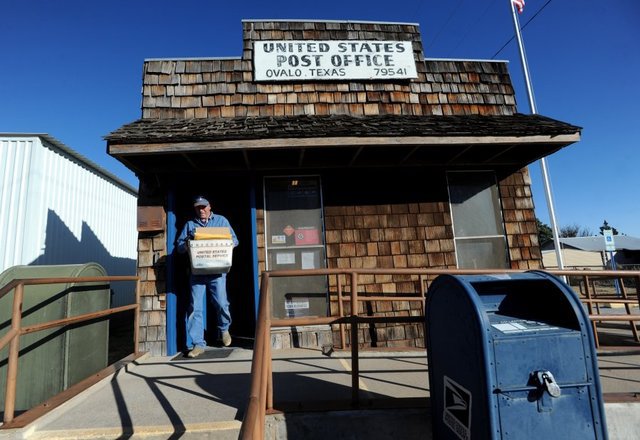 History: In May 2008 Ovalo residents and exes celebrated the town’s centennial, dating to when the Abilene and Southern Railway Company came through. Before the town formed, the area was a popular early stop for buffalo hunters and trail drivers going through Buffalo Gap.

The town’s name is the Spanish word for oval, a nod to the oval-shaped valley where the settlement sprung up.

In 1910, a year after trains started rolling through, Ovalo had 46 business and two churches. The population peaked at about 600 in 1940 and began to fall after World War II. The town’s school merged with several others in 1947-48 to form the South Taylor School, which eventually led to Jim Ned Consolidated Independent School District.

Sources: The Handbook of Texas Online and www.reporternews.com.

School Information: The Jim Ned Consolidated Independent School District consists of two elementary schools – one in Lawn and one in Buffalo Gap – and a middle school and high school in Tuscola, where the administration also is based. 2007-08 enrollment: 1,046. Mascot: Indian.